Zapier is a service that allows you to integrate applications by setting scenarios like “when event A occurred in system 1, do action B in system 2”.

With Zapier, you can, for example, synchronize task status updates across two systems.

See what applications you can integrate Kaiten with

Kaiten - Zapier integration allows us to keep Kaiten cards and deals/cards from other applications in sync.

A new card is created in Kaiten and we want a new deal to be created in Pipedrive.

Firstly, we have to go to Pipedrive -> settings and add a new custom field in deals. Name it as you want (to make things clearer good name will be «external_id»). 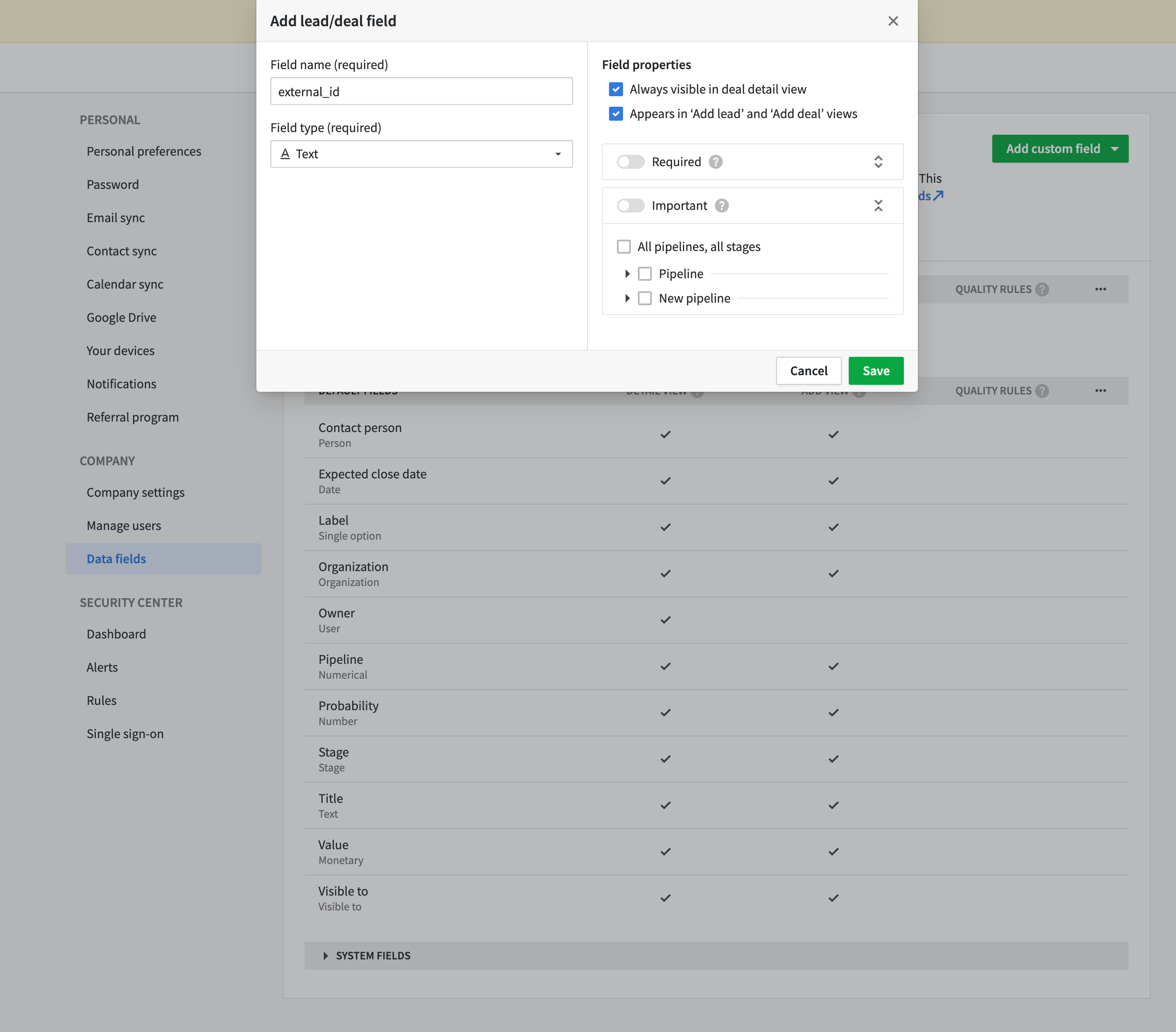 We will need it further to create relation between the Pipedrive deal and the Kaiten card.

Finally let’s make a zap in Zapier for card creation. 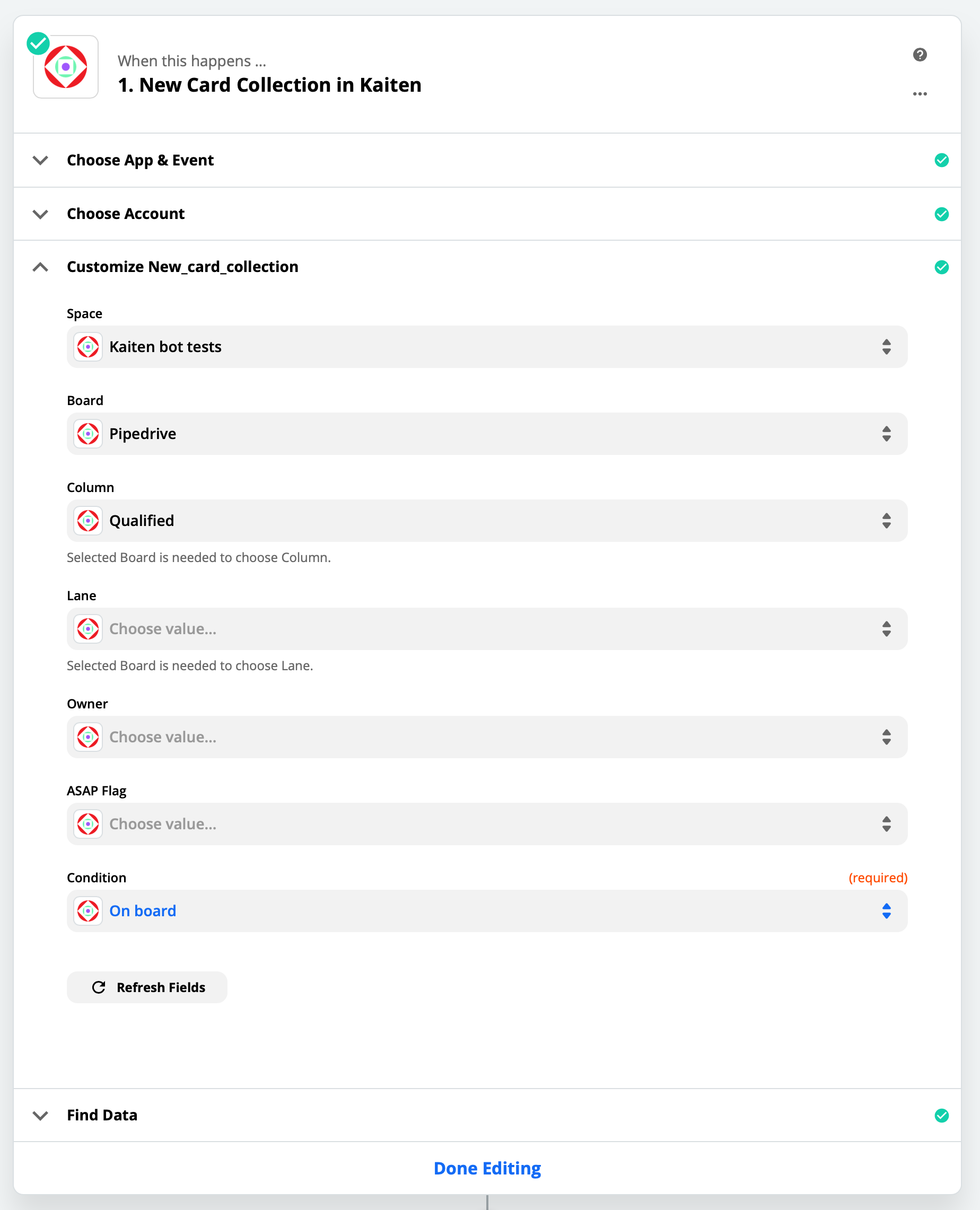 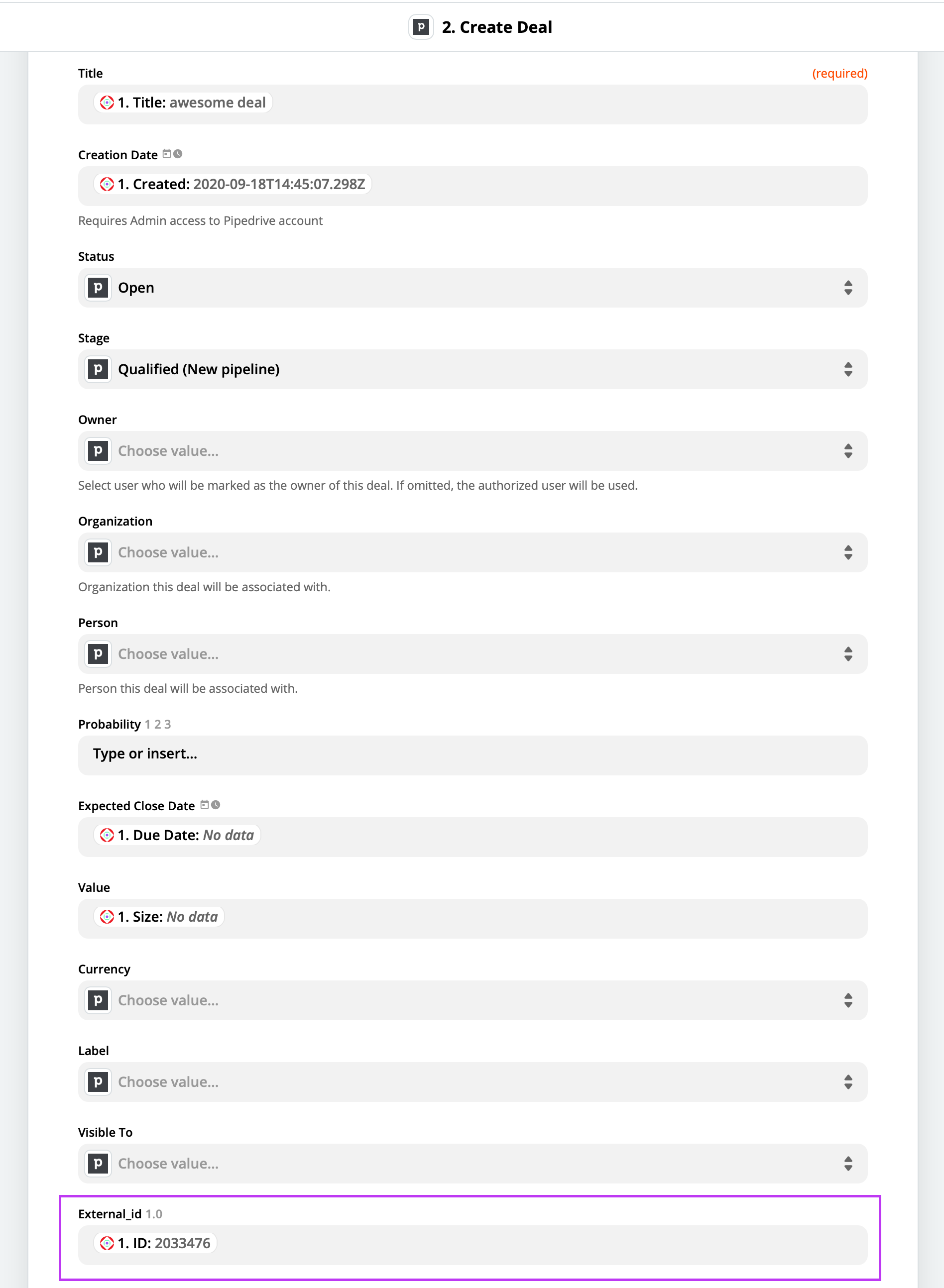 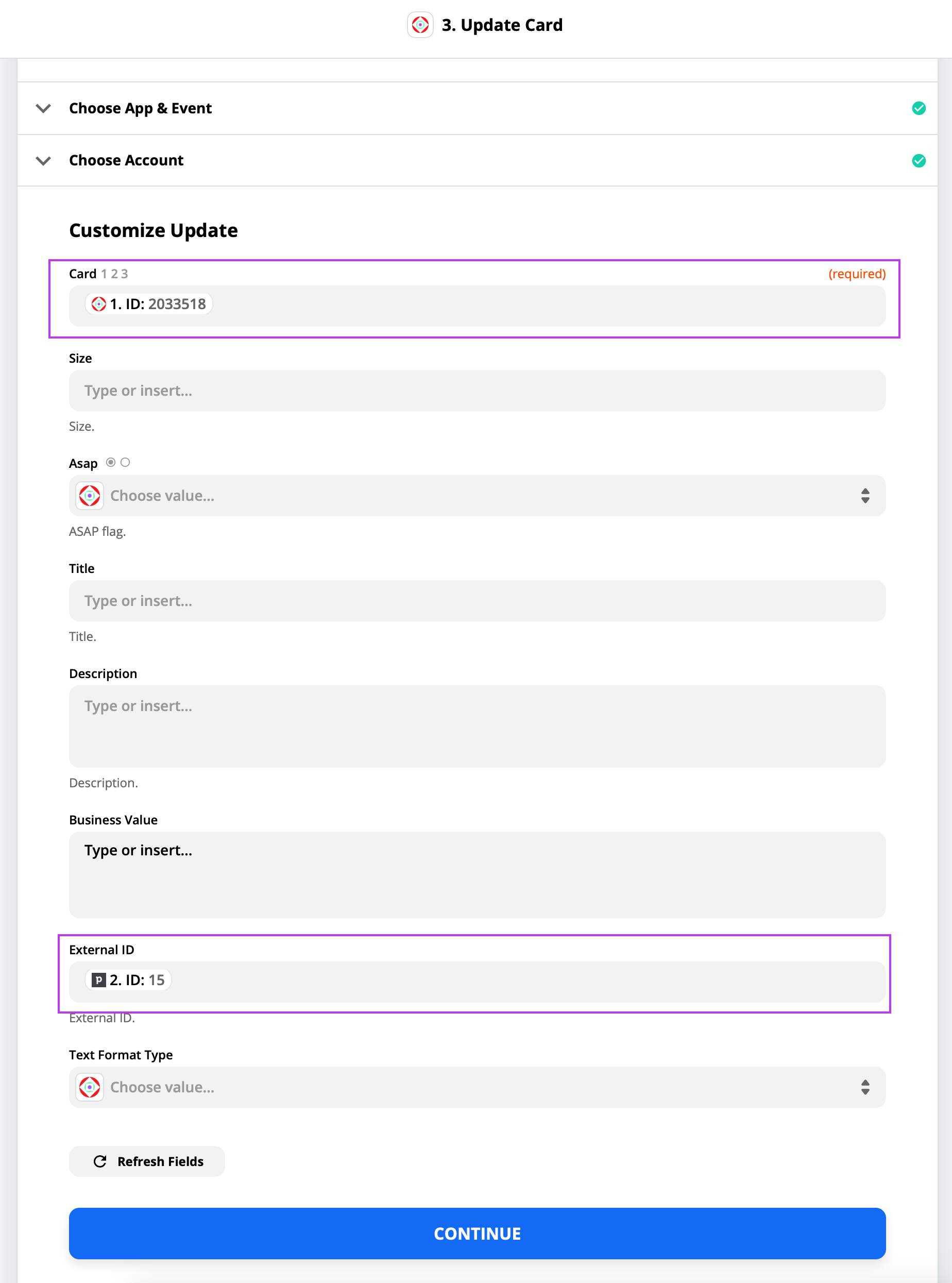 Finish the zap and turn it on.

Let’s synchronize the movement of the Pipedrive deal and a card in Kaiten. Let’s make a new zap for it. 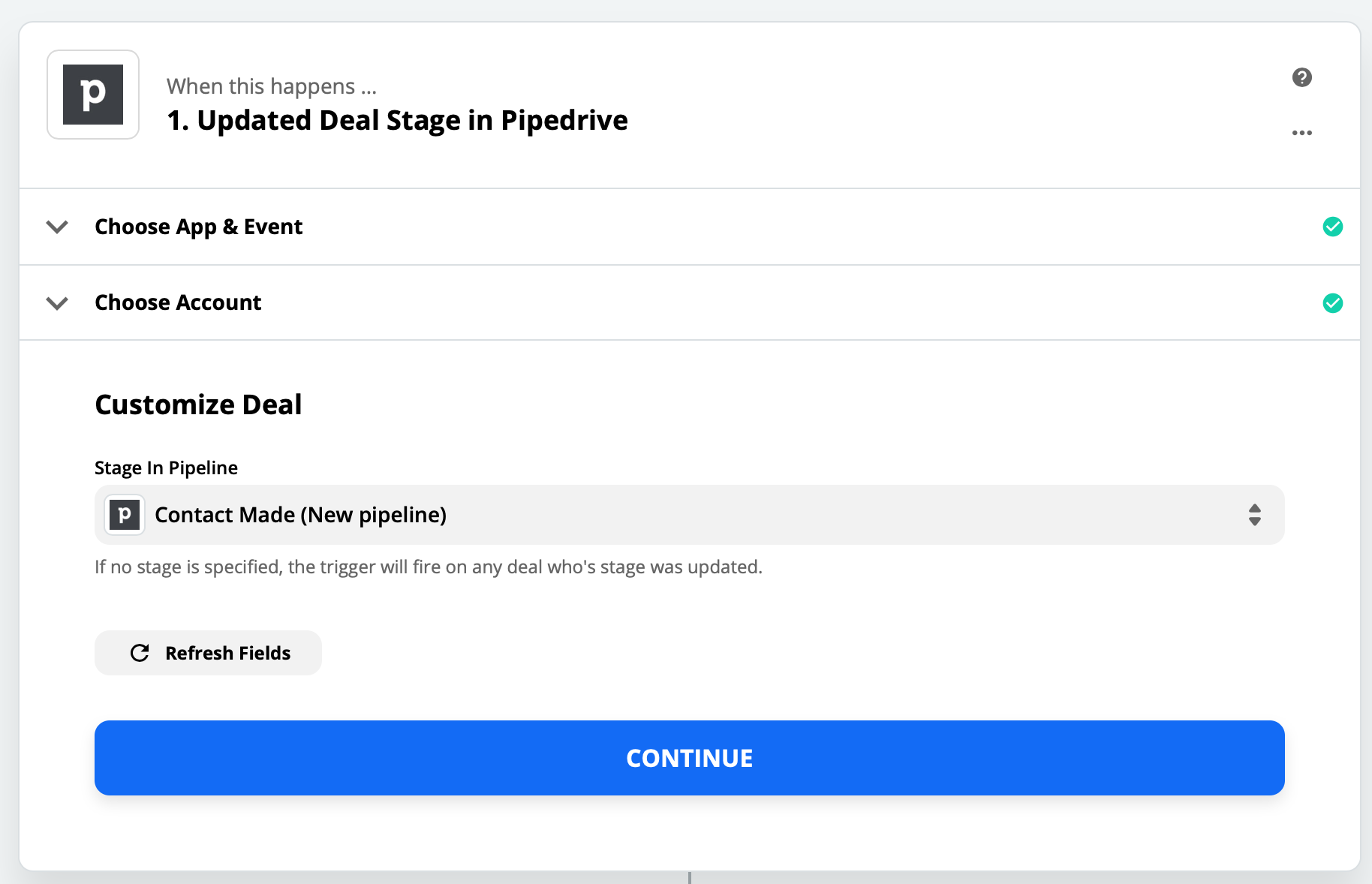 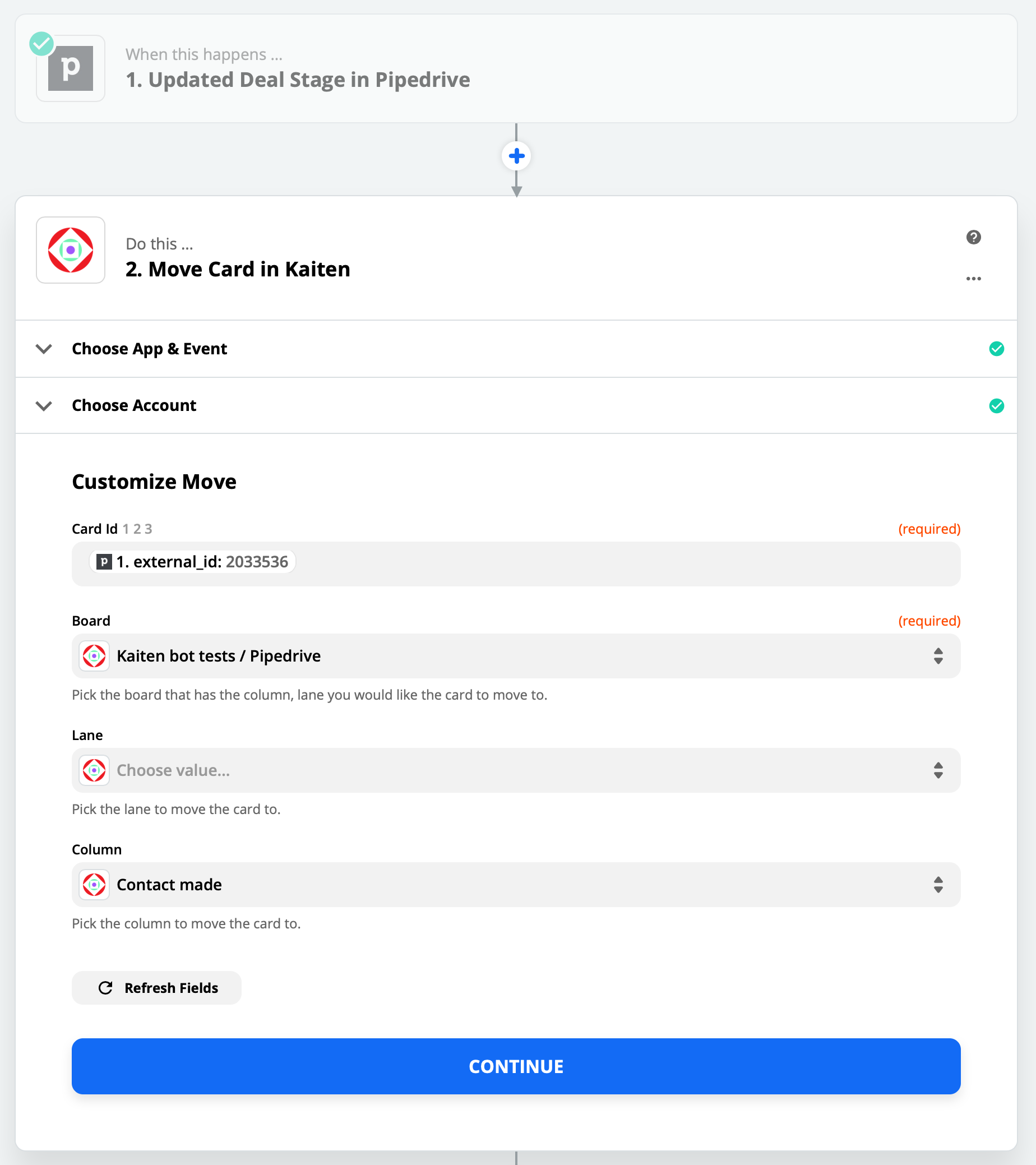 Zap is ready! When the Pipedrive deal moves to the selected column, the Kaiten card will be also moved. Please note - if you want to keep in sync the whole board, you need to make zap for each column. 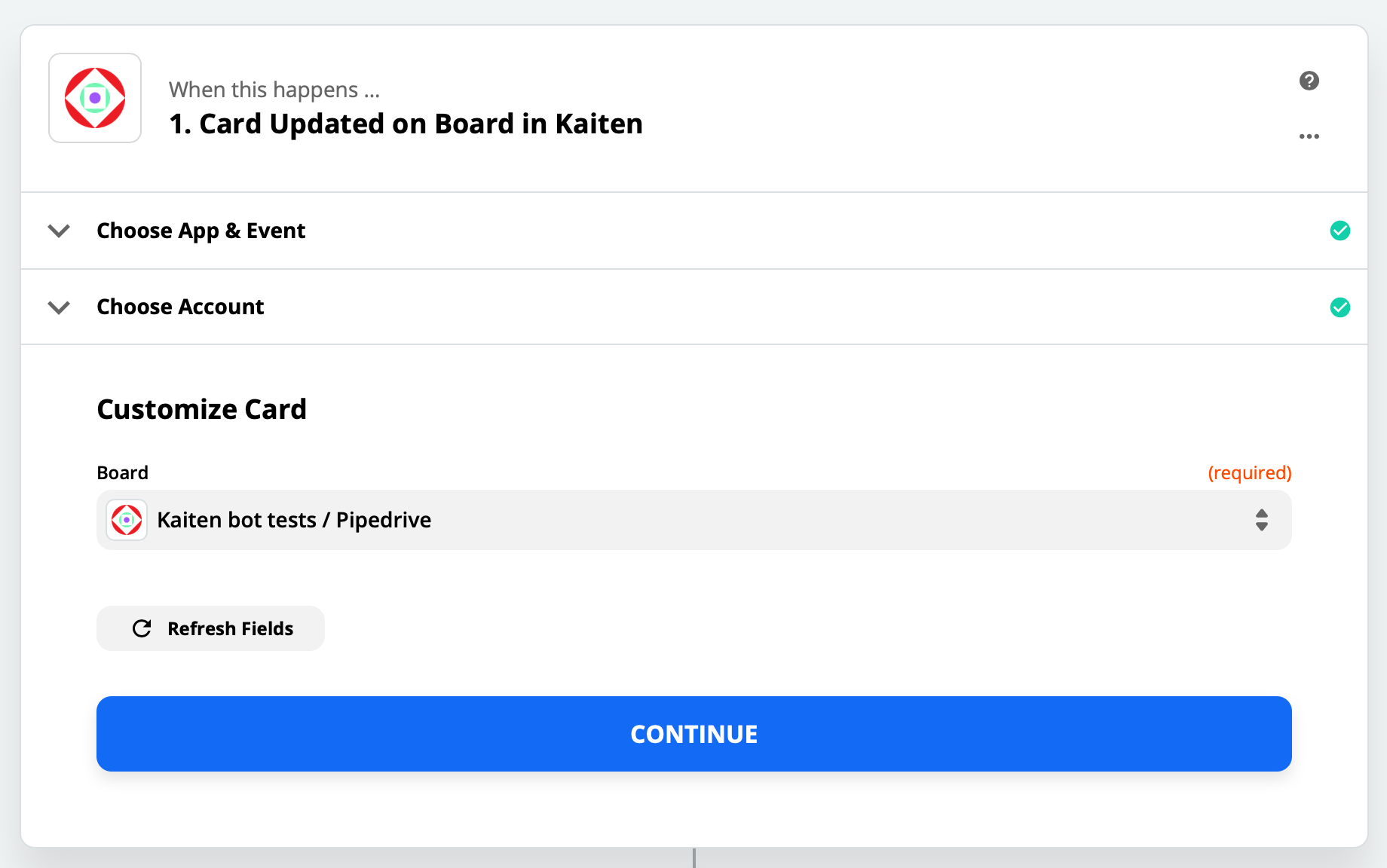 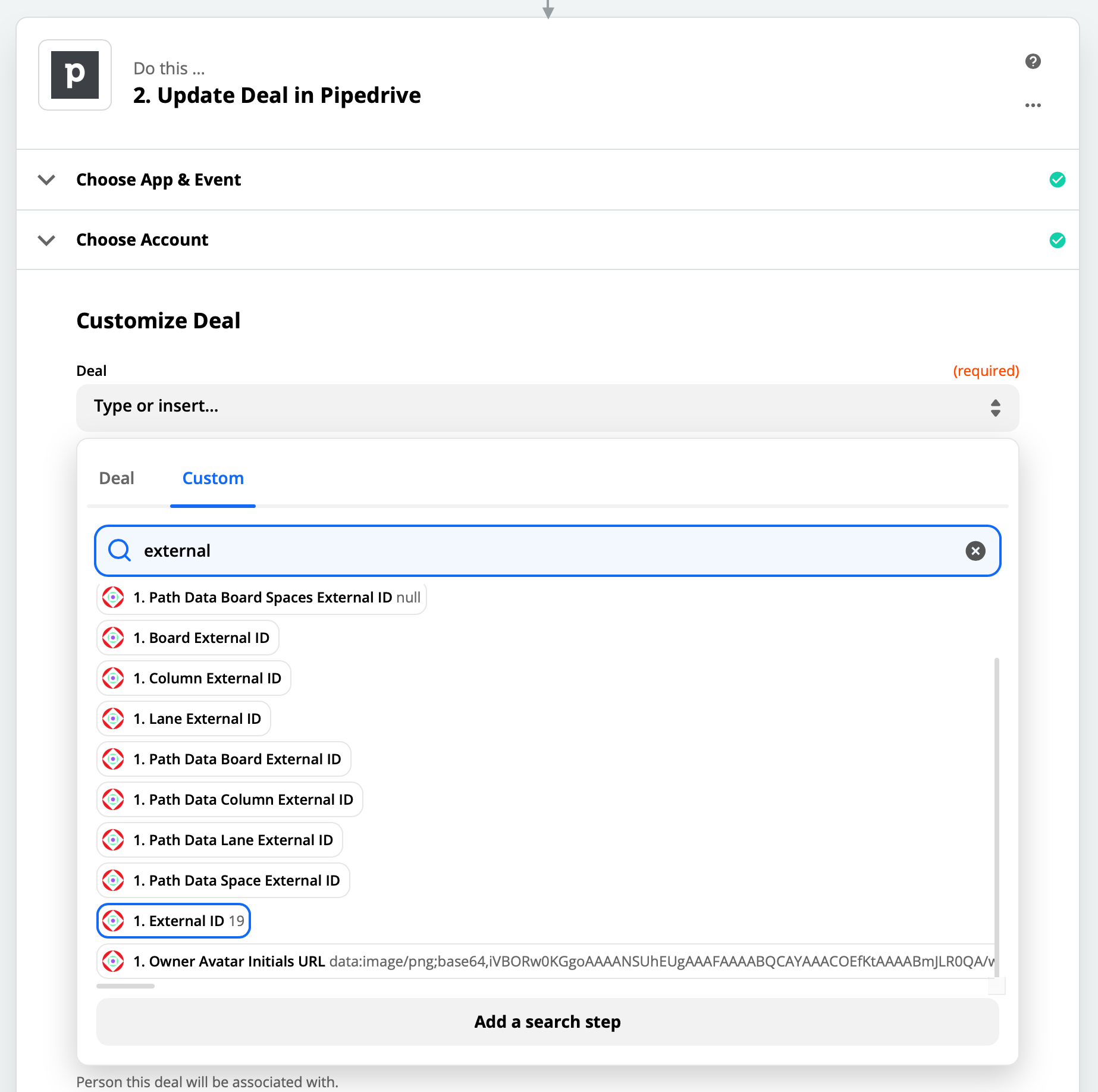 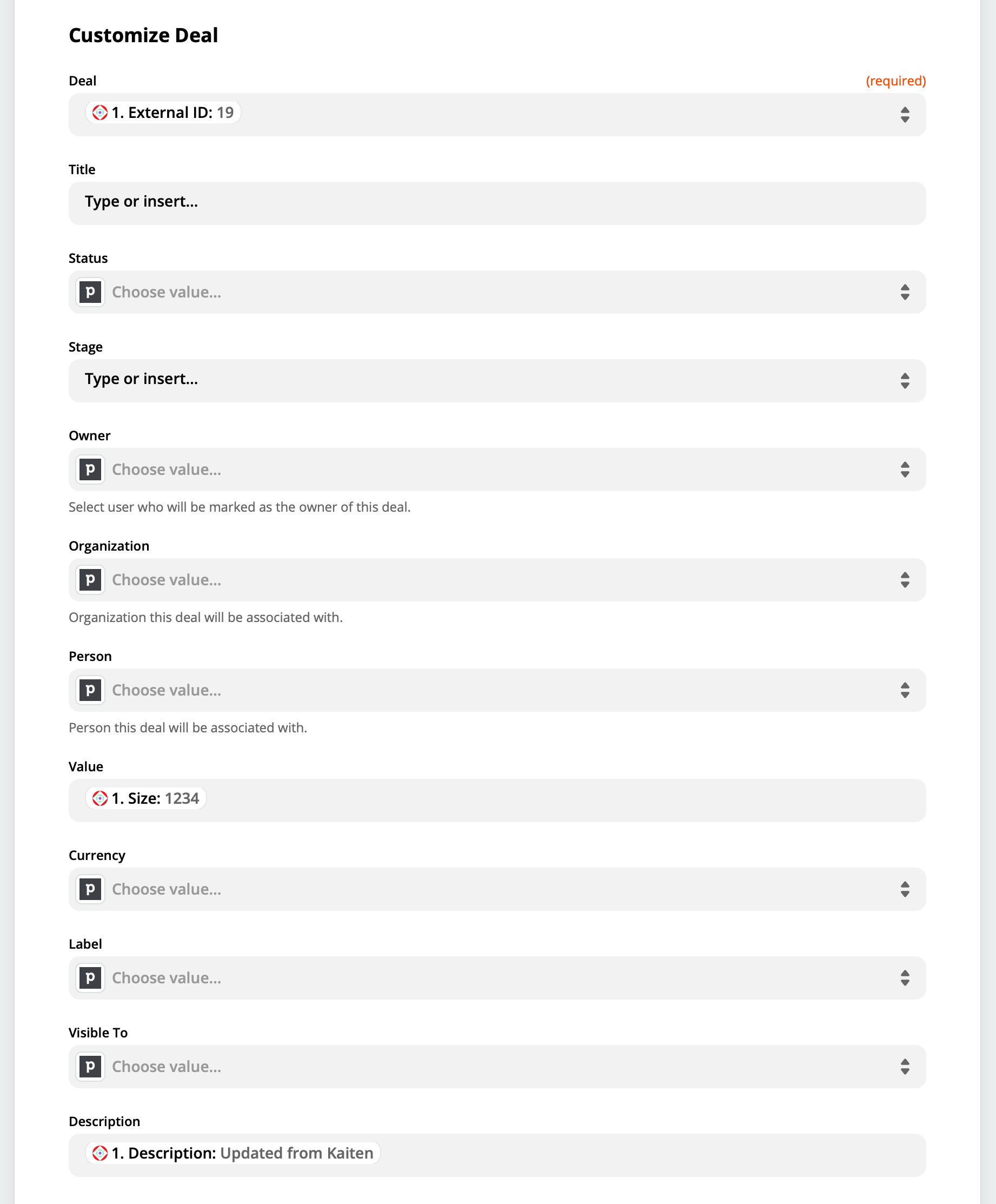 Now our Pipedrive deals and our Kaiten board are synchronized! When something changes in the Kaiten card description or other selected fields - The Pipedrive deal will be updated.

And we can easily customize some parts of this integration. Let’s suppose we want to create a Kaiten card from Pipedrive deals. This zap should do the work: 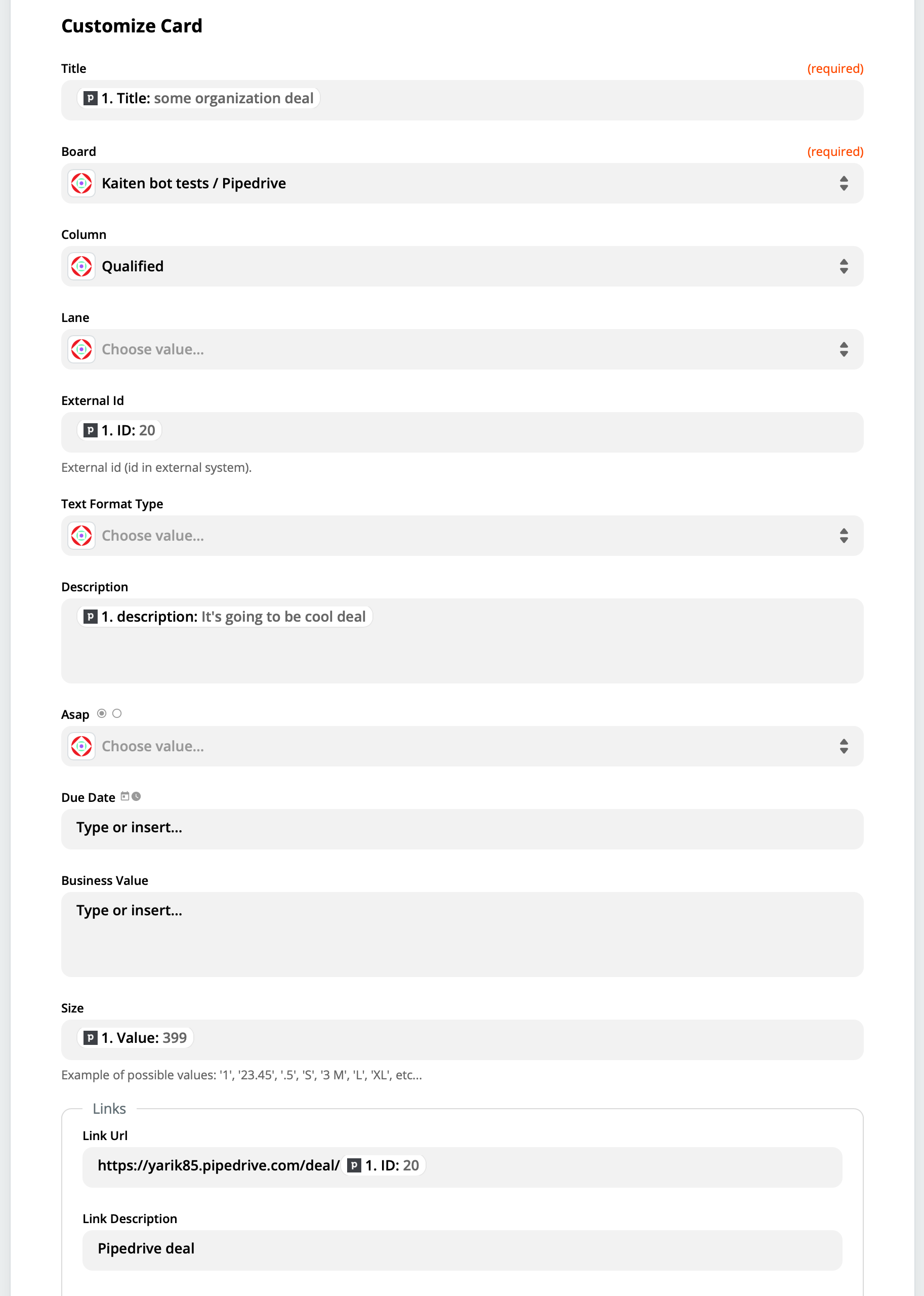 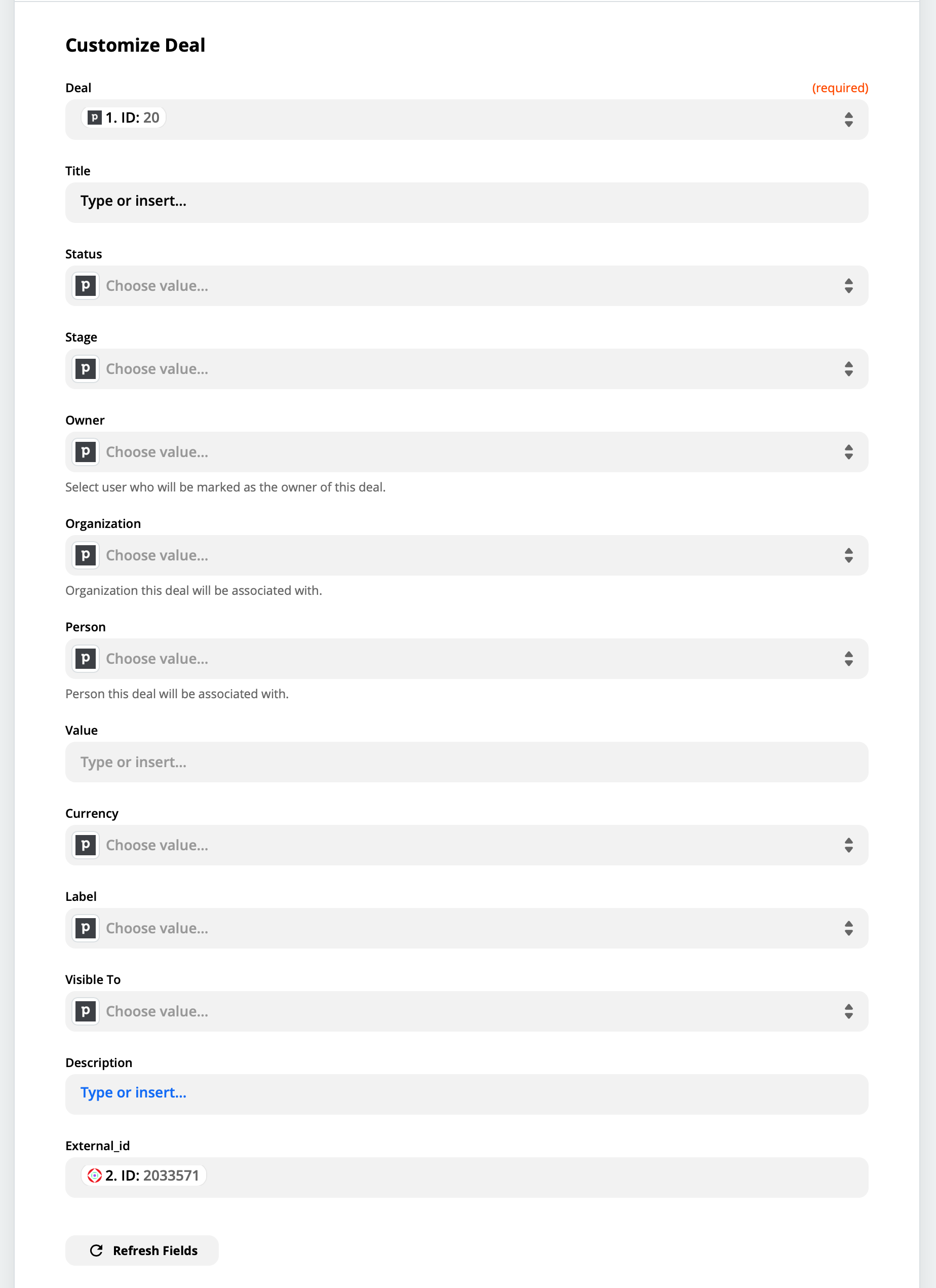 Zap is ready. A new card will be created when you add a new deal. 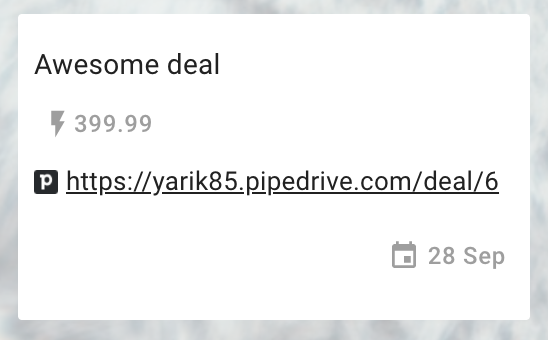 But what to do if we want cards to be created only when some special criteria are met? This is where Zapier action «Filter» comes to the rescue, you can filter deals by specific criteria and cards will be created only if the deal satisfies our needs. 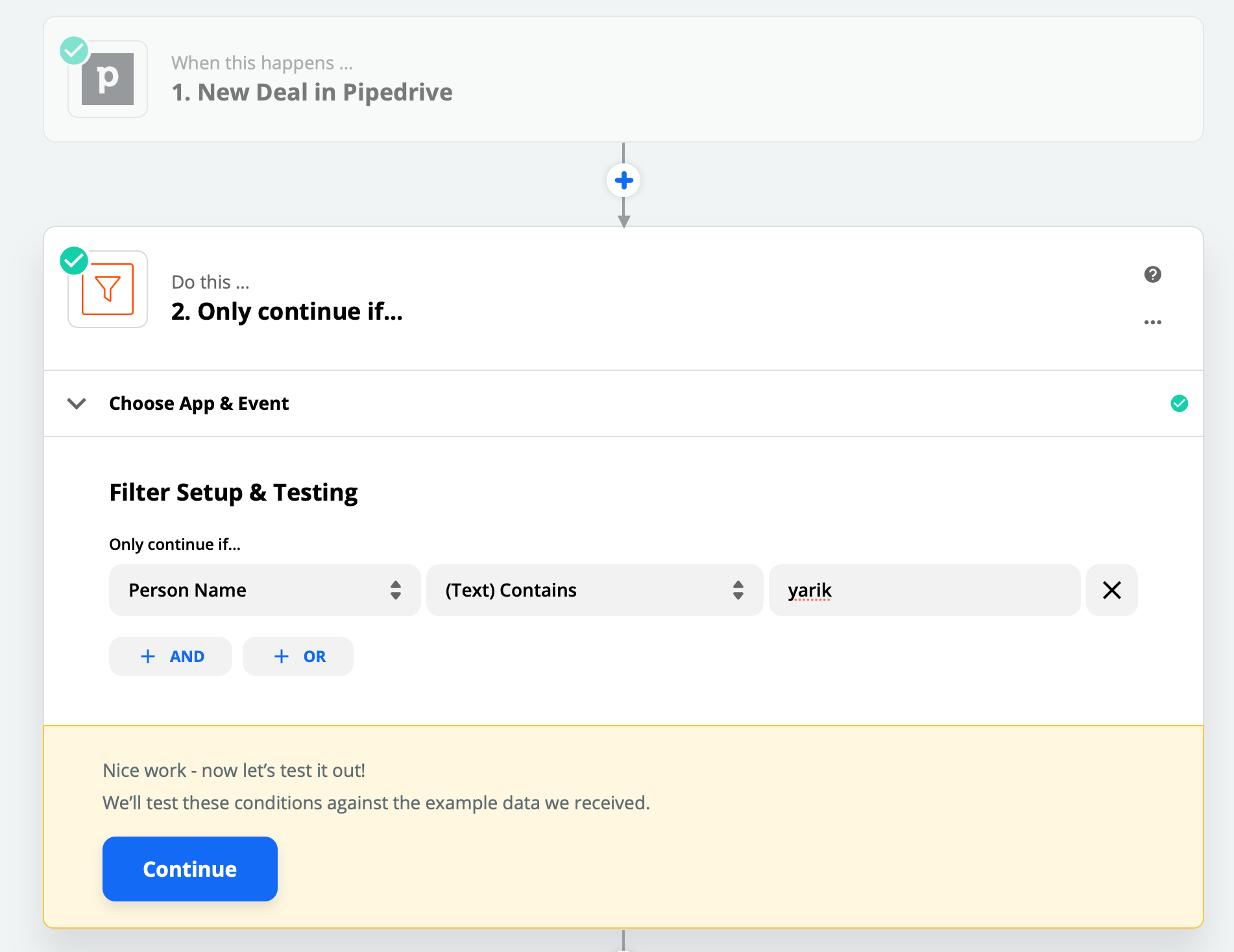 In that case, our actions will be: Deal created -> filtered -> Kaiten card created. -> Deal updated with external_id

It looks like we should do a lot of things in Zapier to keep Pipedrive and Kaiten cards synchronized, but wait - we have to do it just once and the integration will work for us for a long time.